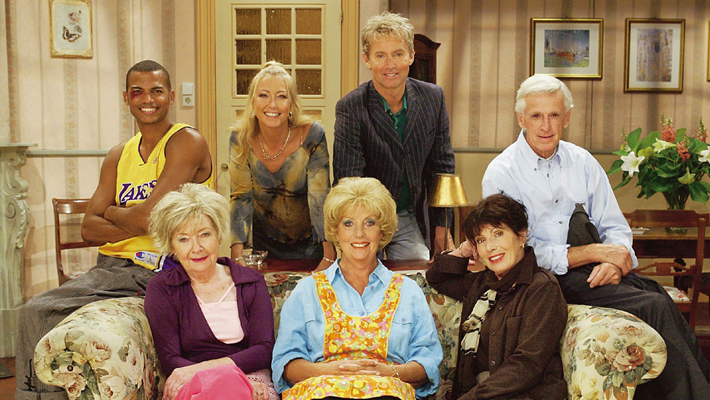 212-part comedy series about the life of doctor Lydie van der Ploeg and her children. More...

The main roles in this series are for the GP and single mother Lydie van der Ploeg and her son Gert-Jan and daughter Nancy. She has a housekeeper called Mien Dobbelsteen, who is married to construction worker Koos Dobbelsteen. Lydie, who is very forgetful, gets a relationship with surgeon Hans Lansberg with whom she later married. Daughter Nancy moves abroad. The girlfriend of Gert-Jan, Pien, comes to live together with the family in place of Nancy.

After the birth of a son, Pien and Gert-jan divorce and Pien leaves. Gert-Jan gets a new girlfriend, Teuntje. Later, Gert-Jan, who also became a GP and the business partner of Lydie, left with Teuntje abroad. After that, the niece of Hans, Wiep, comes in and gets a relationship with the new business partner of Lydie, John Wijntak. They will live in the house next to Lydie. On the other side, Buys lives for a long time, but he leaves to Moscow. The sister of Mien Dobbelsteen, Annie, marries the friend of Koos, free-rider Jopie Schellenduin.

The series are directed by Nico Knapper, Chiem van Houweninge and Alexander Pola. It is one of the longest running sitcoms in the Netherlands!

Four-part mini-series about the life of Johan Cruyff, with highs and lows of his football career and his personal life.

Ten-episode drama series about what appears to be a normal Italian restaurant, but which includes a collection agency.

Eight-part series that tells the story about GP Robert, who is in the middle of a midlife crisis.

210-part comedy series about a 'normal' Dutch family with, among others, Alfred van den Heuvel and Anne-Mieke Ruyten.